The Sleep Store highly recommends using merino fabric for your baby and children's nightwear. The wonderful properties of merino are becoming more widely known and many children are now sleeping better as a result.

We have sourced the following information about this wonder fibre. Caring for your Merino will help it to last for longer, we've gathered together the best tips from our top Merino brands to help you look after your precious woollens. In this article we'll look at:

Watch Lou talk about caring for your merino

You've invested in merino swaddles, bodysuits, blankets, clothing and sleeping bags, so Lou gives you some advice to look after your merino, and things to watch out for.....like those pesky moths!

Pilling is a natural process that is inherent in merino fabric due to the fact that merino is a staple fiber. Generally if pilling occurs, it’s because the shorter fibers are working their way to the surface of the fabric.

The best way to avoid pilling is to wash a new garment within 3 wears. To alleviate the pilling, we suggest that you wash the garment with a coarser fabric such as denim jeans (ensure all zippers are closed). The fabric will improve over time as the shorter fibers are removed.

Thanks to Icebreaker for this information.

Our thanks to Mokopuna merino for this excellent information about caring for your gorgeous Mokopuna merino garments! Remember to check your care label on your garment if you have another brand and always use a wool approved detergent not regular washing powder that you might use on other fabrics.

Some cream merino garments are particularly susceptible to yellowing if exposed to sunlight. Please follow our washing instructions carefully.

The Sleep Store do not take any responsibility for damaged garments due to incorrect washing detergents or procedures.

Thanks to Mokopuna for this handy information about to get all possible stains out of your Mokopuna merino garments!

Note: Rubbing in order to remove the stain may cause pilling, deterioration and discolouration of the fabric.

Merino fibre is measured in micron. Merino fibre ranges from 13-24 micron which when you compare this with the average piece of human hair which is 60 micron then you realise just how fine Merino is. The smaller the mircon, the finer the fibre. Look for garments marked "Extra Fine" or "Super Fine" when shopping for Merino for a fabric with a soft feel that will endure.

When man was created there was one fundamental flaw; a body that was ill equipped to live in the world's varied climatic conditions. So man had to use his intellect and develop body coverings to protect himself from the harsh environment. This need has created the world's vast textile industry. Today in the modern world clothing is a huge part of our lives and is basically an outward continuation of our skin. Ideally, then, it should be as natural, close fitting and comfortable as our skin, and it should protect us against external influences of all kinds - mechanical shock friction and abrasive forces, heat and cold, rain, sun and wind.

There are now a myriad of fabrics one can choose from made from a selection of fibres. However there is only one that was designed by nature to protect the human body from the environment yet at the same time, be in harmonious unison with it. It has been around for centuries; it's Merino - nature's wonder fibre.

Merino is a hydroscopic fibre. This means it's capable of absorbing moisture vapour from the environment while at the same time repelling liquids. That's unique to Merino.

In technical terms Merino can absorb up to 30% of its weight in moisture before it starts to feel damp. Its regain factor (the amount of water in the fibre expressed as a percentage of its dry weight) is 17 percent under standard conditions, compared to between 1-4 % for synthetic fibres.

The natural ability to absorb and desorb water vapour contributes to Merino's excellent comfort performance as an apparel fibre and makes it very useful for children who may become wet in the night or swaety if they get too hot.

Warm without weight - year round

Because Merino fibres are so fine and light it is an ideal fibre for year round wear.

Even when air is cold or damp, a molecular process called 'heat of sorption' releases heat, which can be felt by the garment wearer. All fibres do this, but Merino does it four times as much as nylon and at least double this for polyester.

The natural crimp of a Merino fibre enables it to trap air effectively, thus insulating the body from the cold.

For the wearer of a Merino garment, the Merino creates its own microclimate around the body acting as a buffer against changing conditions and maintaining higher comfort levels.

Because Merino fibre breathes with the wearer it means there is no unpleasant 'clammy' sensation and Merino garments can be worn in warm or cool weather. Synthetic fibres don't have this ability, which is why they don't score as well for comfort.

Merino naturally resists the build up of odour. As a result Merino garments don't need washing as often or as vigorously as synthetics and keep looking good for longer.

Many extreme athletes with long term uses for clothing have reported far less odour build-up using Merino clothing, than with man made fibres, especially close to the skin.

This characteristic is very useful for baby and children's garments. merino sleeping bags usually need very little washing, just air them out on the side of the cot regularly. Merino nightwear can be used for much longer than cotton nightwear before it needs washing, although your children will love their merino so much it's likely they will still be wearing it at breakfast time!

Because of its natural crimp, Merino is highly resilient - in fact, it can be bent 30,000 times without danger of breaking or damage. This natural elasticity means its 'wrinkle recovery rate' is exceptional especially in a moist environment like a shower room; wrinkles in a Merino garment will hang out readily. Garments made from New Zealand Merino require little if any ironing, which makes it ideal for travelling.

An annoying consequence of static electricity build up in textile garments is the clinging of a garment to the body. The natural fibres such as Merino and cotton are relatively free of static problems because their chemical structures and water-sorbing properties make them good conductors. This resistance to static electricity also means that garments don't rustle with movement so they are quieter to wear....perfect for sleeping!!

The least flammable of fibres, Merino is self extinguishing in the event of a fire therefore it is the safest fibre to have next to your body.

The scientific reasons for Merino's fire resistance lie in its unique chemical composition and its high water absorption.

Importantly for wearers of Merino garments, Merino doesn't melt if it comes into contact with flame - unlike most synthetics, Merino won't melt and stick to the skin causing more trauma to the affected area.

Merino also naturally resists soiling. The synthetic fibres being oil based tend to attract and retain oily soils. Washing, wearing and dry-cleaning of synthetics leads to a phenomenon called greying, which is caused by soil build up and absorption of oil contaminants into the chemical structure of the fibre, particularly during dry-cleaning. A further advantage of Merino is that when a garment is soiled the natural water repellent surface allows time for the spills to be wiped away before they cause permanent staining.

Our thanks to NZ Merino for this very useful information.

Did you know a single clothes moth can lay up to 200 eggs at a time and its larvae can damage your expensive woollens without you even knowing they are there.

We all hate the damage moths can do to our clothes. If you want to help avoid holes appearing in your Merino garments like the ones shown in the picture below read on.

If you're like us you and can't stand to use the toxic moth balls our friends at Babu have explored a few DIY natural and pleasant alternatives you can create to help protect your woollens and other clothing you keep stored away. 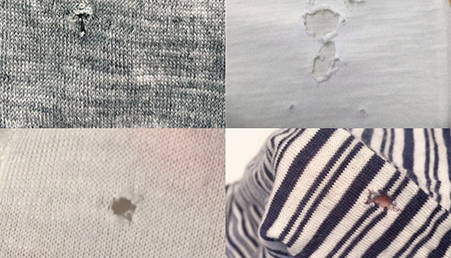 So how can you deter moths munching your Merino without using store bought moth balls and other products?

You can make bags/sachets to stash in cupboards, drawers, under beds or hang in closets out of cotton fabrics, plain cheesecloth, muslin,(our cotton packaging bags are great for this or an old muslin wash cloth) linen or clean nylons (knee highs or cut pantyhose). You could also spread dried orange and lemon peels in between clothing and linens while you’re packing them away. 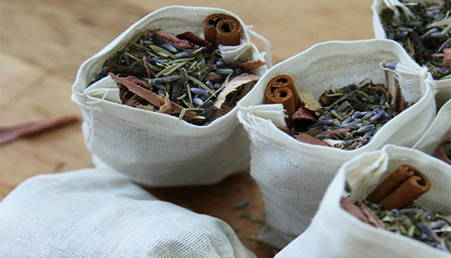 You can mix and match your own recipes, or just use 100% one ingredient if you like. Fill small bags/sachets to hold between 1/4 cup and 1/2 cup of the herb mixture. Roughly scrunch the bags periodically to help release their smells. Refill bags once they are no longer effective or hold no aroma. Enjoy the bonus of a nice smelling closet!

Clearly the best course of action is to stop the moths before they come calling. So here are some tips for when you are storing your items away:

If you know moths have discovered your storage area, kill larvae by dry cleaning, freezing cloth items for a few days or wash then tumble in the dryer on high heat (if possible). Clean the storage area thoroughly before using again.

You can't see a moth hole general before an item is washed. Larvae chew the fibre threads and leave them weak. they snap in the wash causing the hole.

Thanks to Babu for this information plus you can find out more about how to get rid of moths naturally on this website. 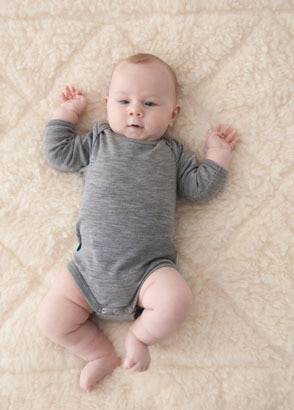 Wool & Merino at The Sleep Store

We love wool at The Sleep Store and we believe using breathable, naturally temperature regulating clothing and bedding with your baby is best. Recent research also suggests that babies sleep better in wool. 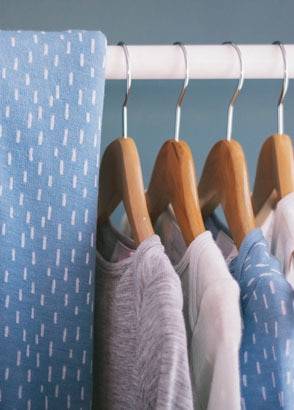 There’s a chill in the air, the season has changed and you’re wondering how you will keep your precious little ones warm and comfortable through the winter. At night the only thing worse than worrying whether your baby or toddler isn't warm enough, is having it confirmed by being woken at 5am by a littlie who can’t get back to sleep because of the cold. 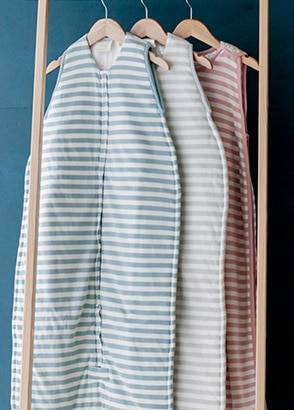 The Sleep Store is woolbabe's distributer, owner and where you can buy YOUR woolbabe from!

Read More
BACK TO SLEEP ADVICE
×